The Live Like Lou Foundation seeks to amplify Lou Gehrig’s story, his legacy, and what it means to Live Like Lou in the face of the 100 percent fatal ALS diagnosis. 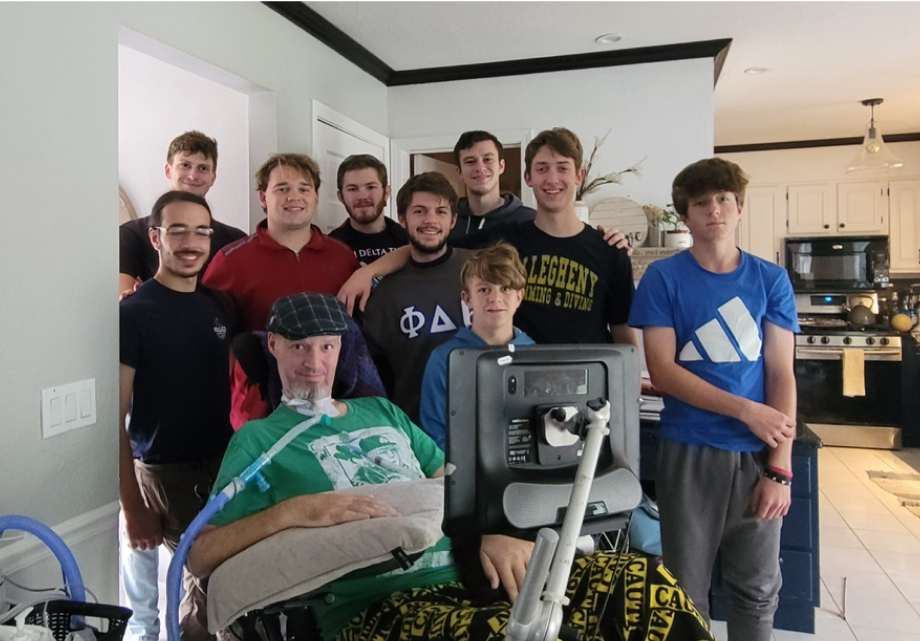 In 2017, Phi Delta Theta International Fraternity partnered with LiveLikeLou.org, a grassroots fund serving Western Pennsylvania, founded by Phi Delt alumnus Neil Alexander, who had been diagnosed with ALS in 2011.

During the 1,365 days Neil lived with this disease, he and his wife, Suzanne, hosted events to raise funds and bring their community together to ‘live like Lou’ while making a difference in ALS research. Phi Delta Theta and the Alexander family ultimately joined forces to launch the Live Like Lou Foundation as a stand-alone 501c3 nonprofit with a national scope and a vision to leave ALS better than we found it.

Major League Baseball and Yankees’ first baseman Lou Gehrig became a Phi Delta Theta brother during his days at Columbia University. The Fraternity has been proud to claim Gehrig as their own and has raised millions in support of the ALS community and the disease that ultimately bared his name.

The more than 170,000 living members of Phi Delt have hosted awareness and fundraising events on over two hundred campuses with undergraduate chapters, they’ve supported families affected by ALS in their local communities, and they’ve served in leadership for several ALS organizations. They have been devoted to the ALS community in their brother Lou Gehrig’s honor for decades.

Phi Delta Theta established the Lou Gehrig Memorial Award in Major League Baseball in 1955. The award is given annually to the MLB player who best exemplifies the spirit and character of Brother Lou Gehrig, both on and off the field. The award was created to acknowledge an individual player’s outstanding commitment to his community and philanthropy. Since the award’s inception in 1955, each recipient’s name has been placed on the permanent Gehrig Award plaque, located at the Baseball Hall of Fame and Museum in Cooperstown, New York.

In 2010, Phi Delta Theta launched the Iron Phi program to provide individual members an opportunity to strengthen their impact on the fight against Lou Gehrig’s disease by completing an athletic endeavor and raising at least $1,000 from their network of family and friends. As a result, more than 1,500 Phi Delts and friends of Phi Delts have accomplished their Iron Phi goal, and $3.2 million has been raised along the way. 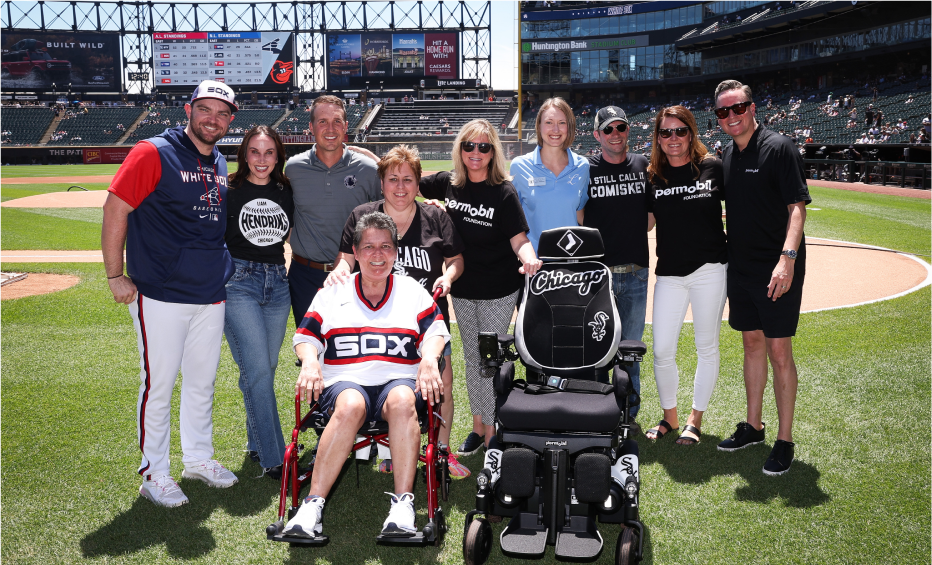 In March 2021, Major League Baseball announced that Lou Gehrig Day would be celebrated annually on June 2.

With the announcement, Lou Gehrig joined Jackie Robinson and Roberto Clemente as the only players to have a day reserved in their honor throughout the league. For those who have been affected by ALS and those who support and advocate for the disease, Lou Gehrig Day provides another major platform to strengthen Lou Gehrig’s legacy. It also gives many ALS families hope that heightened awareness and funding for this awful disease will bring great progress for treatments or a cure.

Hope Loves Company provides emotional and educational support to children and young adults who have or had a loved one battling amyotrophic lateral sclerosis (ALS) or Lou Gehrig’s disease. HLC camps are free-of-charge to ALS families, and year-round programming is offered to support children and caregivers.

The Permobil Foundation believes that regardless of disability, everyone deserves a chance to reach their dreams without limitations. No person should be excluded from opportunity due to a disability. That’s why they are dedicated to enhancing the quality of life by assisting with Permobil products and chair donations so those with ALS can live their lives without limitations. 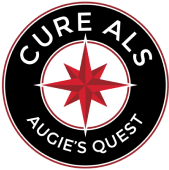 Founded by ALS patient Brian Wallach and his wife, Sandra Abrevaya, I AM ALS is revolutionizing how we cure ALS by empowering and mobilizing patients, engaging with policymakers, and offering vital resources for people impacted by ALS. I AM ALS has a tremendous list of resources for those newly diagnosed with ALS. I AM ALS founders also developed Synapticure to bring personalized care online and to your home. Synapticure is built by patients, caregivers, and clinicians to transform care for those living with ALS.

Join Live Like Lou on its journey to leave ALS better than we found it by becoming an ambassador.

Live Like Lou’s founder, Neil Alexander, embodied the spirit of the word ONWARD when he thought of his journey with Lou Gehrig’s disease. It signifies that we look to the future—a future without ALS—while continuing forward each day, despite the odds we face. ONWARD has become a signature statement for friends of Live Like Lou and its volunteer efforts to support ALS families.

Leave ALS better than we found it

In Neil’s last interview with a reporter before ALS took him from this earth, he was asked how he hoped his children would remember him. He knew that his efforts with Live Like Lou wouldn’t likely save his own life; but he did it for the next guy, gal, or family who heard the devastating news, “You have ALS.” Neil told the reporter that he hoped his children, Abby and Patrick, would remember that he left ALS better than he found it. From that, Live Like Lou’s vision was set.